This fast-causal vegan restaurant in Las Vegas wasn’t always vegan. In fact, POTs started out as a vegetarian restaurant but switched to all-vegan shortly after opening.

POTs offers flavor-packed Egyptian cuisine and is the only Egyptian restaurant in Las Vegas.

If you’re not familiar with Egyptian cuisine, it’s basically the best kind of marriage between Italian, Mediterranean and Middle Eastern cuisines. If you’ve been craving vegan chicken parm, this is where to go. They’ve also got salads, soups, pasta, flatbreads and more to feast upon.

Finally, end your meal with a gorgeous Italian pastry.

What to order: stuffed mushrooms, chicken parm, any dessert Soon to be the biggest vegan restaurant group in Las Vegas with two locations slated to open by mid-2022, Tacotarian isn’t your normal Mexican spot.

This vegan Mexican restaurant in Las Vegas boasts the self-proclaimed largest selection of tacos in the universe, which comes in at nearly 20 varieties. They’ve also got a range of apps like Taki-encrusted elote, creamy queso fundido and cauliflower ceviche.

In addition, they serve burritos, salads, soups and more, as well as a variety of desserts. Tacotarian also serves up booze, including specialty margaritas, and a killer brunch. They’re also home to the “world’s largest taco.”

What to order: queso fundido, any of the tacos, coconut cream cake For a night out, head to Chikyū.

The all-vegan sushi restaurant in Silverado Ranch makes some of the most spectacular sushi in the word without using any mock meats. With cocktails, beer, wine and saki, this restaurant offers creative sushi and izakaya that will have non-vegans not even realizing what they’re eating isn’t made with fish.

The menu is extensive and includes a variety of specialty rolls you won’t find anywhere else in town.

5. Blackout (Dining in the Dark) Like the name suggests, Blackout features an entirely blacked out dining room.

Guided by servers wearing night vision goggles, your other senses are heightened as you go through their coursed, set menu in pitch black. At the end, you can see what the meal you consumed was … but not until then.

Although they don’t market themselves as vegan, the menu is 100 percent vegan.

What to order: a drink to go with your set menu Chef Kenny’s Vegan Dim Sum isn’t open yet, but we’d be remiss to leave it off the our list of unique vegan restaurants. 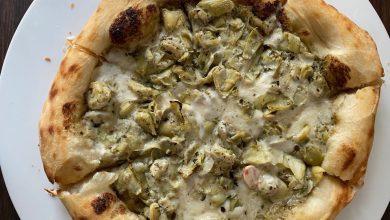 Siegel’s Bagelmania has your vegan bagels, schmears and more